It was one of those nights when only the brave (or is it foolish?) ventured out.

15 of us arrived for the meeting - most later than usual due to the battering rain and the nigh on gale force winds. 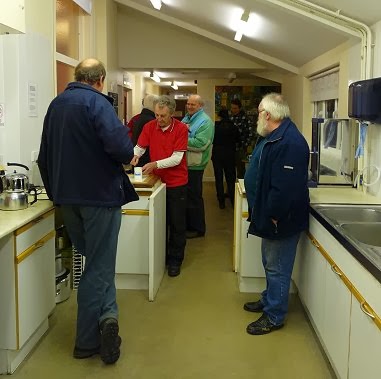 Though few in numbers we did have 2 new to the group - Joel and Jackie (from Spittal I believe). It was especially good to welcome them when so many of our "regulars" couldn't make it.


We always have plenty of tea and biscuits - Richard lives locally and arrived in good time to get that organised.

Viewing was completely out of the question tonight though Jim gave his "What's Up" presentation of what we could see if only the skies cleared a little. 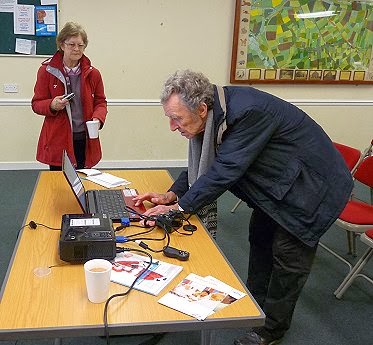 Here he is looking very professional.

Jim hi-lighted a number of things to look out for with special mention of the current supernova that has been discovered in Ursa Major. Though Jim went to great lengths to pinpoint its whereabouts for us - at magnitude 10.5 it would be tricky and as I write this it is declining further.
This one sadly is not destined to rival the Crab supernova of 1054.

Plenty of planets - well 5 - are on offer this month. Jupiter being the most prominent but early in the month Mercury is an evening object  and Venus an early morning object. 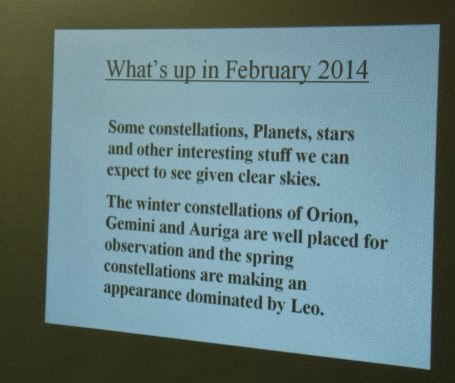 Constellations were given a mention - Leo one of the few that has a name that's fitting. Making the star pattern out to that of a lion is quite easy.
Orion is perhaps the most prominent winter constellation and, it was mentioned also that as part of National Astronomy Week in March a star count in Orion is on the agenda.

After tea our main lecture focused on Mercury and Venus.
Jim was amused that Astronomy Now magazine publicized this as being covered by Bob Pritchard!
Mike, in his opening remarks, commented that this was a good  subject for February with both of these planets  visible. Many members had already seen Venus in the morning sky at around 7.00-7.30 but Mercury the evening object is a little more elusive.

Mike spoke of the history of the planets - both were, in ancient times considered to be 2 objects perhaps not unsurpringly in view of their morning and evening apparitions.
Mercury has a very lunar appearance - craters, fault cliffs etc. A real peculiarity is what's called  the 3:2 spin -orbit resonance. Mercury turns on its axis 3 times for every 2 revolutions around the Sun.
Essentially what that means is that any explorer (use imagination please!) would see sunrise just once in 2 Mercurian years.
Venus is a hostile planet with an atmospheric pressure 90 times that of earth, temperatures higher than any in the S.S.(hot enough to melt lead!) and clouds of sulphuric acid gas.
It also has a retrograde motion compared to other planets which means the Sun would rise in the west and set in the east!!
Strange worlds indeed  and we hope to learn more of the planets in months to come. 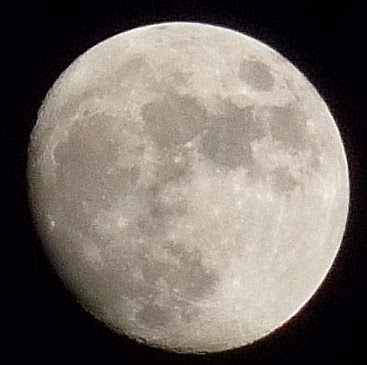 With the lack of viewing opportunities of late I include "one I took earlier."

Next month - March - our meeting coincides with National Astronomy Week.
http://www.astronomyweek.org.uk/
Jupiter will be the subject of the main talk though we will have other items to interest us including that star count in Orion mentioned earlier.

We hope the weather will have improved by then and we can experience 1st hand the things from our programme.
Posted by mike at 02:15 No comments: